It’s great to get out and about, out of the office and away from the day-to-day and see things from a different perspective. Some of the staff members get to go to Germany, Italy or even the Netherlands, however, last week the marketing team and I went to Manchester to visit AutoTrader!

If you haven’t been to Manchester it is a lovely place full of history and artistic flare and if you like architecture and the industrial revolution as I do, you will find some real gems there.

On Tuesday 3rd December myself and my marketing team went to Manchester to visit the headquarters of AutoTrader, on a Dealer Discovery Day. The purpose was to get our feedback on new features we would like to see implemented and to showcase what they are currently working on, they also had workshops to help show us on how we can do things better. We weren’t the only ones there as other motorhome and caravan dealers were in attendance. We saw some familiar faces and some new ones, with roughly 40 people attending the day we found it incredibly useful when we all gave our opinions on issues that needed to be resolved and it’s refreshing to know we are not the only ones.

After the Dealer Discovery Day event finished the AutoTrader account managers gave us a tour of their offices, a large modern office building that is shared with Ford and is a bit of a tardis, the office spaces are open plan and quirky. As you’ll see from the images <above> they are a fun organisation that champion a stress-free environment to get the best out of their workforce. They have moved on from being a magazine publisher to now being a technology company, aligning themselves with the likes of Google, Apple and the like.

Whilst in Manchester, we stayed in a lovely hotel not too far from AutoTrader’s HQ, the hotel is called The Midland and I have to say it was beautiful, a real pleasure to stay there. The hotel has played host to Kings, Queens, Presidents and Rock Stars. The French restaurant situated inside the hotel was the first in the city to be awarded a Michelin Star back in 1974 (it was also famous for denying The Beatles access for being dressed inappropriately). The hotel has a lot of stories to tell since opening its doors in 1903, my favourite which I read via a plaque just outside the hotel said this is where Mr Charles Rolls and Henry Royce first met, they then went on to create one of the most luxurious car manufacturers in the world, Rolls Royce. Another fan of the hotel was Adolf Hitler, a fan of architecture he spared the hotel from being bombed with an eye on having it as his headquarters in Britain.

Just outside the hotel is the Manchester Central Convention Complex and we noticed a strange artistic object outside, a series of circles layered on top of each other when we approached it and read the markings we noticed this is the Peterloo Massacre Memorial where 18 people died and over 400+ injured in 1819. What was a peaceful gathering of 60,000-80,000 people demanding for political reform, the Manchester and Salford Yeomanry cavalry charged into the crowd with sabres drawn killing and injuring dozens of innocent people. If you enjoy reading up on history and you haven’t heard about this then this is definitely one to read up on.

As the sunset and the festive lights turned on, we made our way over to one of the Christmas Markets (at Albert Square) I’ve been to a few Christmas Markets but this one was buzzing, a great atmosphere with everyone having fun, drinking, laughing and eating some great German food. After making our way through the crowd and looking at all the stalls we decided to stop off at a very nice authentic Italian restaurant called Piccolino just off of Albert Square. If you are ever in Manchester Piccolino is one place I’d say you have to visit the food is incredible and the service is spot on, this isn’t an English restaurant trying to be Italian you can tell this is an Italian restaurant through and through! Order of the day: Oysters, Lobster and Chips with a small Pizza, for dessert, a warm chocolate cake with a scoop of vanilla ice cream all topped off with some dry white wine (delizioso!).

Me and my staff set off to find a nice watering hole. We went to a really nice bar called Revolución de Cuba with a two-piece band playing and the restaurant area full of companies having their Christmas dinners, this bar is a great place to come if you enjoy cocktails. Our next stop was at a bar called Albert Schloss an authentic German bar and restaurant serving great beer and food and they had live music playing (we, unfortunately, left before Razorlight started playing). Everyone we have met in Manchester has been really friendly and welcoming and they definitely know how to have a good time.

If you find yourself passing by or staying in Manchester we would definitely recommend checking out the places mentioned and if you come across some amazing places please let us know on our Facebook page so we can let others know in our motorhome community. 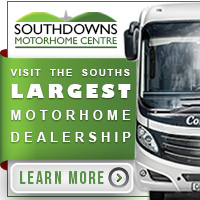